Long time ago, the AppImage packaging suffered from an important lack of International Components for Unicode (ICU) support. Typically, digiKam and Showfoto deal with the string internally using Qt, but the framework was not compiled with the ICU library to handle properly all string encoding used over the world.

The main side-effect of this unsupported feature is the lack of ability to use non-latin1 characters in text search fields, for example while users query the database with specific German section of text used in file-names (aka ä, Ä, ö, Ö, ü, Ü). With this new 7.6.0 release, ICU support with Qt framework has been fixed.

With this release we take care about upgrading the Qt framework with a LTS version. Since Qt 5.15.2, the framework is only published privately to the registered clients from the Qt Company. By chance, the KDE project deals with the Qt company to provide a rolling release of the whole Qt framework including all most important patches. This is the Qt collection patch used from now by the digiKam AppImage bundle. This allows digiKam to benefit from important fixes as to support the most recent version of Mysql and Mariadb database in QtSql plugin. Even if Qt 5.15.3 is just released as open-source, one year later 5.15.2, we will continue to use the Qt Collection Patch, as the last customer Qt5 release is 5.15.8. So there exists again a serious gap between the open-source and the customer versions of Qt.

Update of KDE framework and Libraw

Manifest of all Rolling Release Components

digiKam bundles use many rolling release components which are not published as stable releases from time to time. This is the rolling releases publication workflow. So, to know exactly which version of code is used by digiKam bundle during packaging, we register the component versioning ID in a manifest file that users can show in the Help/Components Info dialog from digiKam and Showfoto. This allows us to verify quickly if the code used includes bugs or fixes.

See the small selection below of notable entries fixed in bugzilla:

If you want more details, this new version arrives with more than 840 files triaged and closed in bugzilla.

With this release a new 3rd-party plugin was proposed by a github developer to render a list of images using Masonry layout. Masonry is a grid layout based on columns. Unlike other grid layouts, it doesn’t have fixed height rows. Basically, Masonry layout optimizes the use of space inside the canvas by reducing any unnecessary gaps. Without this type of layout, certain restrictions are required to maintain the structure of layout, as with the main icon-view in digiKam album window. This kind of layout is used by the Pinterest social network for example.

The plugin is not yet mature, as it cannot show any metadata or details from items, but it’s suitable enough to be included in all bundles with this release. You can access the plugin through the View menu entry in all digiKam main windows and Showfoto.

We will continue to maintain the Qt5 version of digiKam in a dedicated branch of gitlab repository. Only bug-fixes Will be applied to this code.

In parallel, the git master branch will be used to port whole code to the new Qt6 framework. We will use the partial port done by a student during summer 2021 and make this code compatible also with Qt5.

This port is for the moment done to 80%. Regression tests need to be done with Qt5 and Qt6 as plenty of changes have been introduced. All new features will also be hosted to this code for a future 8.0.0 release probably published at the end of this year. 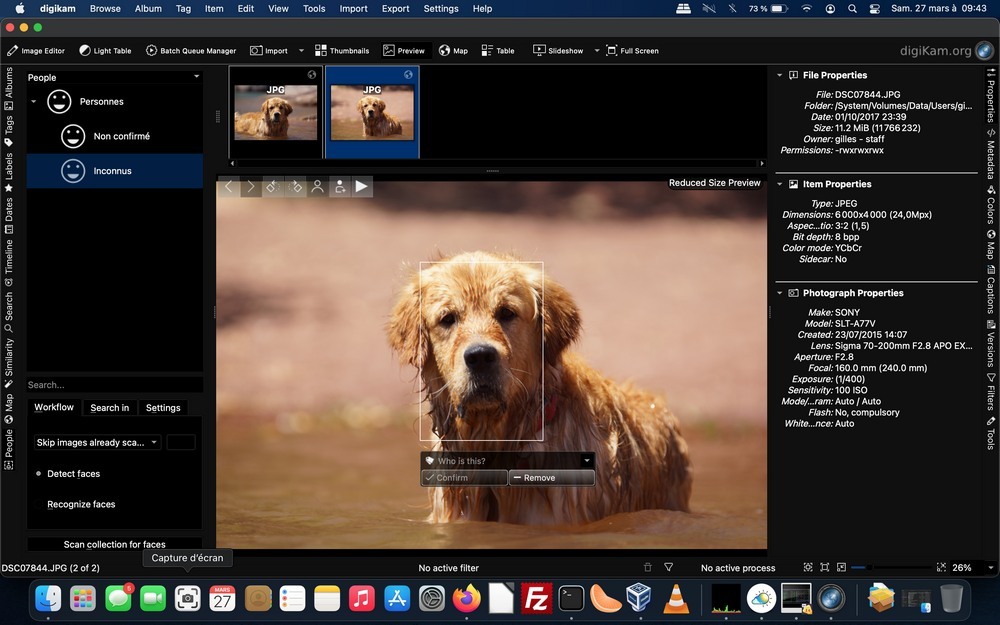