It is almost the end of Hacktoberfest, and boy, it was a good one. We had a total of 1318 PRs merged in the last month. And most of them are in this release!

It is no longer possible to make authenticated requests using trusted networks or by appending ?api_password=X to the URL. You will now first need to get an authentication token and use that token to make requests.

The support of configuring the auth providers for API Password and Trusted Networks via the HTTP configuration is also removed. It now needs to be configured in the auth provider section (docs).

Direct authentication meant that you could make an authenticated request without a bearer token by making the request from a trusted network or appending ?api_password=X to the URL.

These features are still available as authentication providers (docs).

You can use Long-Lived Access Tokens that can be created in the fronted on your profile page. These tokens will not expire and can be added in the header of the request. See the developer documentation for more info.

Or you can use a webhook-based-integration. A webhook is a unique hard to guess URL that can be used to send data to Home Assistant. Requests made to webhooks do not need authentication. Your webhook should be available from the internet, if you have a cloud subscription, the cloud will take care if this. You can find the cloud webhook URLs on your cloud configuration page.

As you may have already read, we’ll be sunsetting Hassbian.

Hassbian was a superset of Raspbian optimized for Home Assistant. With limited time from the developers and easier alternatives as Hass.io it is time to sunset Hassbian.

A big thank you to all those who worked on Hassbian - specifically @landrash, who was the primary driver of this for so long, and @ludeeus.

For more info, read the blogpost

This release includes improved support for alarms, covers, locks and sensors. A “for” option was added in release 0.100 which allows you to specify triggers for when a certain device has been in a certain state for a period of time, in this release we added support for it in the automation editor.

A lot has happened on the frontend; we had a ton of Hacktoberfest PRs that added localization to the frontend and made our user experience better. A special shout out to @springstan who did a lot of localization work, we now have the biggest part of our UI translatable!

Thanks a lot to all the contributors!

We now have our own confirmation dialogs thanks to @timmo001! No more ugly browser modals.

In the last release, we changed all the JSON inputs to YAML inputs, this release we add a code editor to all the YAML and Jinja2 inputs. This makes it a lot easier to read and write YAML.

The entity registry is now also migrated to a datatable so you can easily search and sort your entities so it is easier to find the one you are looking for.

We improved the device picker in automations, you can now search them and see in what area the device is.

Proud to announce that the Visual Studio Code add-on for @home_assistant reached v1.0.0!

Oh, and it is FAST pic.twitter.com/eBe8CirZ4B

Restriction Card for @home_assistant released
Client-side security for your Lovelace cards
* Options to hide/block/lock/password-protect/confirm interactions with cards
* Set conditions for when to apply
* Set exemptions based on usershttps://t.co/psiVBf9U7N 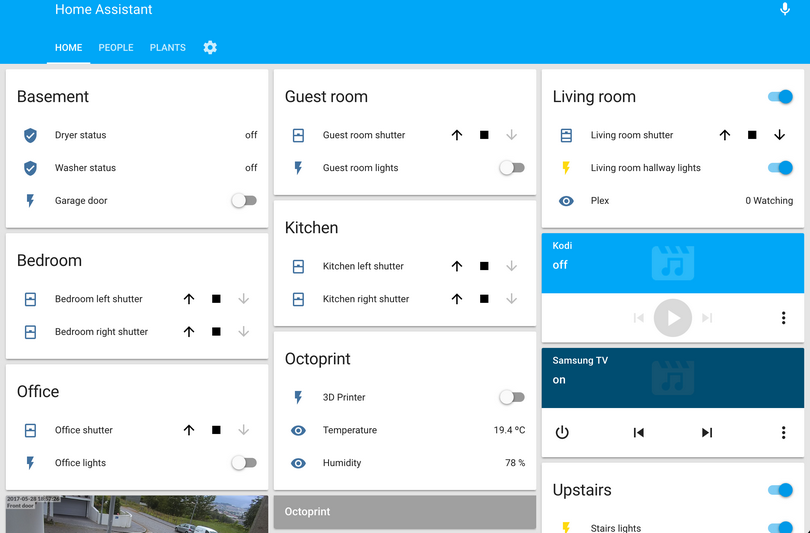