All benchmarks on the previous pages were executed with write-back mode enabled on both the hard drives and the RAID adapter. When using write-back cache, write operations are considered succesful once the data is writte to cache memory. The operating system is fooled into thinking the data has been written to the media, while in reality this may not have happened yet. Data is written to disk in an optimized way at a later, more suitable time. On the introductory pages of this article we have already explained the dangers of write-back cache without the use of a Battery Backup Unit (BBU). The BBU prevents the loss of data in the write-back cache when a power failure or system crash occurs. The 3ware Escalade 9500S-8, Areca ARC-1120 and LSI MegaRAID SATA 150-6 can be equipped with a BBU. It is recommended to disable write-back cache if no BBU is present or no BBU expansion is available and consistent data storage is top priority. Turning off write-back cache has great consequences on performance, as you will see in the following tables. 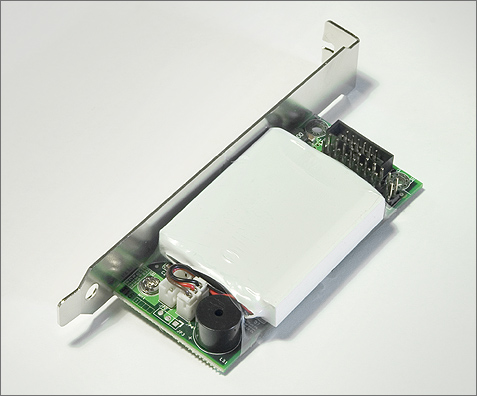 The performance in write-through caching scenarios were tested in RAID 1, RAID 10 and RAID 5 configurations using four disks. Here we will only discuss the results of the Server StorageMark 2004 Index since the risks of using write-back cache are considered less important by the majority of workstation users. The Areca ARC-1120 is, without doubt, the best performing adapter in write-through mode. Ironically, this adapter is one of the few for which a BBU option exists. The 3ware and LSI Logic adapters are having a hard time to approach the performance level of a single WB-enabled Raptor WD740GD (score: 120 points).


In the table below, we have gathered some data about the performance of write-through caching relative to write-back caching. This will provide a picture of the performance loss associated with the use of write-through caching. The Areca ARC-1120 is losing far less performance than its competitors. The RAIDCore BC4852 finishes last place in this comparison. The huge performance degration indicates a very efficient write-back caching mechanishm within RAIDCore's RAID software stack. The BC4852 does not onboard memory, instead it uses system RAM.
Due to several issues involving the comparison of rebuild performance, we have not conducted tests of the performance during rebuilds of RAID 5 arrays. Not all adapters have the possibility to set rebuild priority to a certain level. We did, however, examine how the cards performed in a degraded RAID 5-array consisting of four disks. The arrays were forced into degraded mode by disconnecting the cable between one of the hard disks and the controller. There are some striking differences in the performance loss caused by array degradation. The Areca ARC-1120 experiences absolutely no performance loss in the server index. Looking at the results of the individual tests, there are in fact differences between the optimal and degraded array situation, sometimes in favour of the degraded array. The average performance is hardly affected, however. The 3ware Escalade 8506-8 suffers the highest performance loss, with degraded array performance at only 75 percent of optimal array performance.