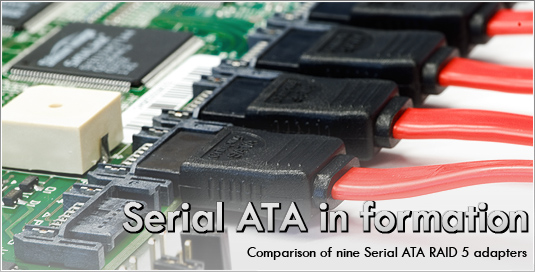 A year ago Tweakers.net published a review of four Serial ATA RAID-adapters, which were the first flock of a new era on workstation- and server storage. The once dominant SCSI interface is being pushed to fewer niches by the cheaper alternatives based on Serial ATA technology. Since our previous SATA RAID-roundup Serial ATA has continued its way into business and consumer markets. The introduction of new disks, controllers and (storage) systems is met with great interest of buyers in both desktop, workstation and server segments. Serial ATA is an accepted standard in midrange and high-end desktops, workstations and certain server appliances by now. In the recent Wave 4 investigation of TheInfoPro (TIP) Serial ATA was once more on the first place within the "Technology Heat Index". This index is a ranking of the current and upcoming use of more than 20 different storage technologies, ranked on short-term expenses and based on polls filled in by 150 to 250 decisionmakers (selected on expertise) of big companies. The most recent study concluded that by now 40 percent of those polled are using ATA disks by now. Said usage mostly consists of near-line storage, often implemented in what is called "tiered storage" where ATA-hard disks are being used as temporary storage before the data is written to tape. 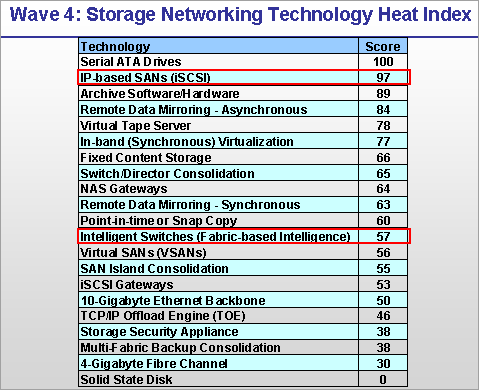 In lower market segments all barebone builders are offering products incorperating Serial ATA technology. Our report on the CeBIT 2004 tradeshow once again showed the momentum Serial ATA has gained. The manufacturers of computer systems can choose from countless new Serial ATA components, where developments concentrate mostly around server solutions. Maxtor began with the roll-out of its MaXline III series, Western-Digital introduced its Caviar RAID Edition, Seagate has added the Barracuda 7200.8 to its product line and Hitachi introduced new 2,5 inch SATA disks geared towards use in blades. In the meantime Western Digital still offers the Raptor WD740GD, which holds its own against 10.000rpm SCSI-disks, despite the lack of a decent command-queuing mechanism, even in server applications.

Regarding RAID adapters, especially new products from unknown and less reknown manufacturers were put on the market. The testfield in our