After finishing the warm up exercises, time has come to confront the contenders in this comparison with some serious workloads. The first test that we will discuss, is the Desktop StorageMark 2004 Index, a composition of 13 frequently used desktop applications and activities. The suit consists of traces from office applications in different scenarios, copy/paste actions, file compression, defragmentation, virus scanning, installing software, the Windows boot process and other disk intensive activities. The results from the individual tests were converted to a weighted and indexed average, so one gets a clear view on overall performance in desktop environments. A rating of 100 is equal to the performance of a single Raptor WD360GD. More information on the desktop index composition can be found on

In the RAID 1 en RAID 10 tests, the performance of the 3ware Escalade 8506-8 and the controllers from HighPoint, LSI Logic, Promise and RAIDCore is significantly behind the Areca ARC-1120 and 3ware Escalade 9500S-8. The Areca-card is a bit faster in RAID 10 while the adapter from 3ware shows better performance in RAID 1. The cache performance of the Escalade is far less than the Areca ARC-1120, but thanks to excellent mirroring optimizations the Escalade 9500S-8 performs at the same level as the ARC-1120.. 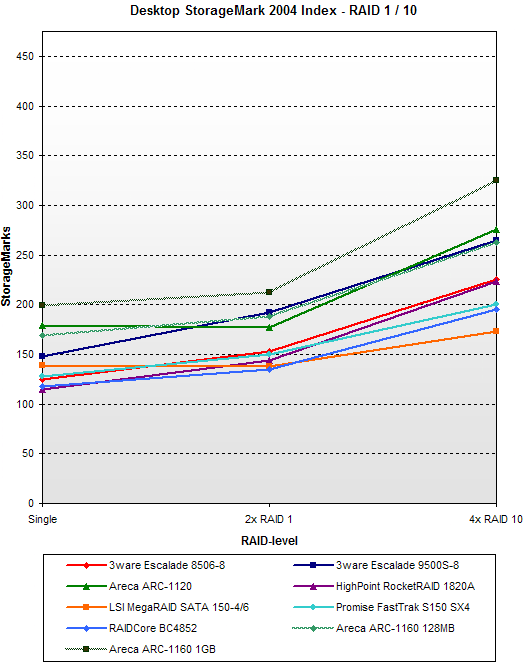 The situation changes drastically in the RAID 5 performance graph. The Areca ARC-1120 consolidates its first position, but the two adapters from 3ware perform miserably. The Escalade 8506-8 is not able to outperform a single disk, no matter the size of the RAID 5 array. Its successor has improved a lot, but nonetheless the performance of the Escalade 9500S-8 is far from impressive. It simply doesn't scale well. A positive remark can be made about the performance of the LSI MegaRAID SATA 150-4/6 in the RAID 5 configuration with four drives. In this particular test, the MegaRAID is barely slower then the second best, the RAIDCore BC4852. Unfortunately, bad scaling, caused by the underpowered architecture of the MegaRAID SATA 150-4/6, leads to decreased performance in the tests with six drives. The performance of the HighPoint RocketRAID 1820A holds the middle position between the Areca ARC-1120 and the 3ware Escalade 8506-8. 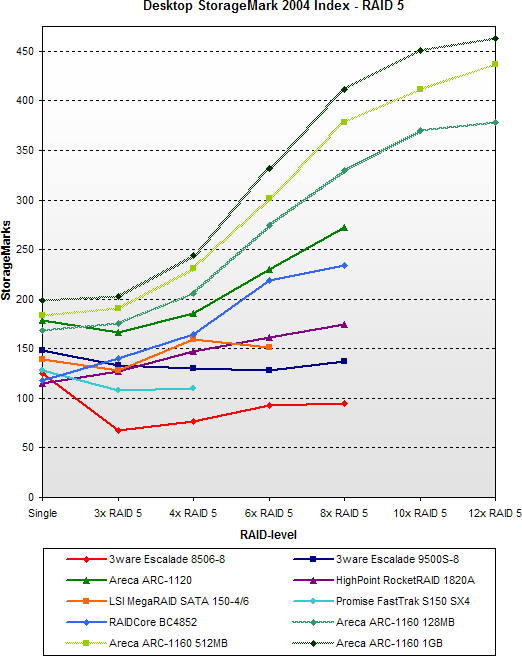 The drawback to the Desktop StorageMark Index is that results can not be reproduced by third parties. In response to demand for verifiable benchmarks, we also have performed tests in the PCMark04. The PCMark04 disk benchmarks are based on trace/playback principle also found in Intel IPEAK Storage Performance Toolkit. The big difference between our IPEAK SPT workload simulations and the PCMark04 disk benchmarks is that the latter is less thorough and thus provides a coarser view on disk performance. The disk test in PCMark04 only takes a few minutes while our complete set of desktop-, gaming- and workstation benchmarks takes about 2 hours, on a fast RAID system. 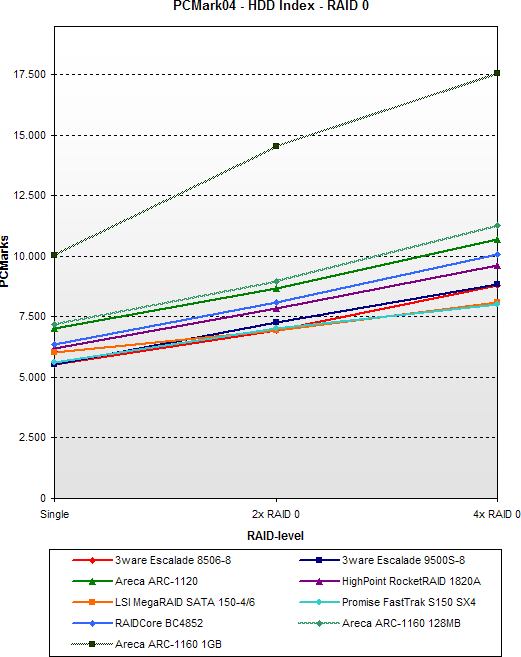 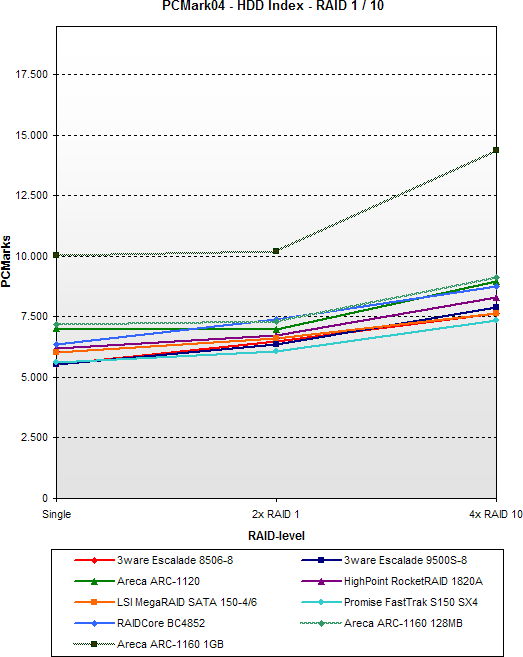 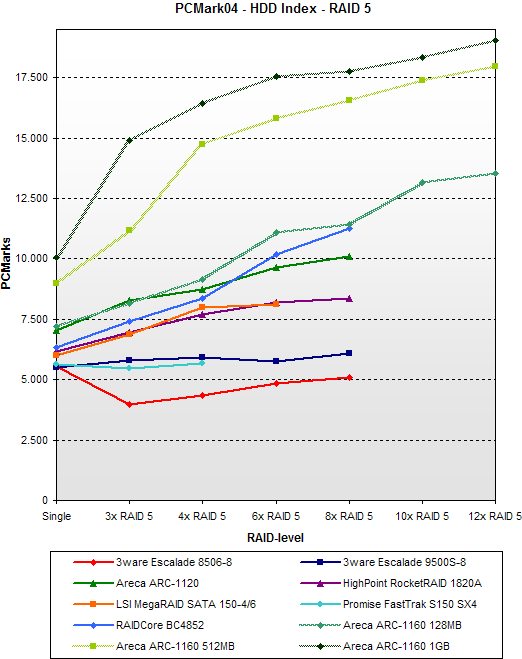