There are two new versions of VirtualDub now available through SourceForge on the download page.

The first release is a new stable release, 1.9.11. This release contains only one new change over 1.9.10, which is the addition of a filter compatibility mode. When I rewrote parts of the filter system early in the 1.9.x series to support more powerful filters, I hadn't realized that I had broken some filters that relied on the source and output buffer addresses being static (which I think was stated in early filter SDKs). Originally I only knew about two filters that had this issue, but after a few more were discovered I decided a backwards compatibility flag had to be added. In 1.9.11, you can now flag a filter instance as needing static buffers, in which case the filter system will allocate additional bounce buffers and copy frames in and out. This fixes filters that had frame glitch issues, at the cost of a slight amount of overhead.

1.10.0 is the new experimental version and is, for lack of a better description, flushing out everything I had in my dev branch. (The version number is a bit goofy, but I couldn't bring myself to call it 2.0.) It contains all fixes in the stable branch through 1.9.11, as well as new features: Full change lists for the two versions after the jump. Happy holidays, everyone! 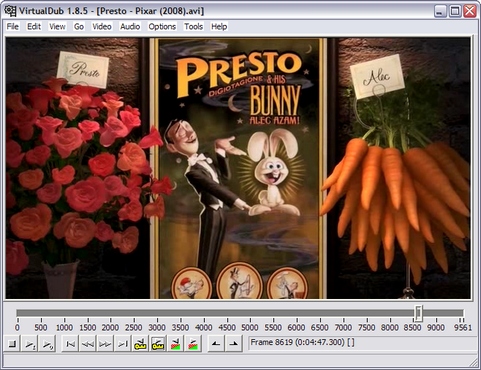